Tateyama, one of the three sacred ridges of Japan, and the mountain where ancient gods stands, is also home to some 300, or one tenth of all Japanese Ptarmigans in the Northern Alps Area. The center of this flock can be found in Murodo, the highest point on the Tateyama Alpen Route.

Although around all year round, they are best watched between April and July when they stand out of the white snow, rugged rocks and Japanese stone pine shurbs. They are also much easier to spot when males call for mates, a characteristic Koo-koo sound.

Around Lake Mikurigaike, every male from the flock maintain their own territories, where females from the hillside visit once snow starts to melt in April to form couples. During April when the Alpen Route opens, females are still white while males tend to start gaining brown feathers, a way to camouflage themselves.

Their primary territories in Murodo, the Japanese stone pine canopies, are most abundant around the Mukurigaike Hotspring (For example, Right below the Terrace), near the Midorigaike Lake across the hill, on the footpaths linking Hotel Tateyama and Tengudaira, and Mt Murodo.
Considered gods’ messengers, they had been protected by humans for century and are therefore not afraid of tourists at all, but please leave them alone!

During Summer, look for misty days

During July and August, when Alpine plants flourishes, female ptarmigans can be seen carrying their chicks.
They belong to the bottom of the Alpine food chain and tend to come out of their protection during early mornings, late night and misty days.

The easiest way to get instant access is to stay overnight in Hotel Tateyama, Mikurigaike Onsen and Tateyama Murodo Sanso. If you stay two nights, they are hard to miss.

The Ptarmigan population in the Japanese Alps are believed to have came from the continent 20000 years ago when Japan was once connected to the mainland via the Northern land bridge that connected Hokkaido and Northern Honshu to what is now Russia’s Primorskaya Oblast. When the Ice age gradually ended, they moved up, and stayed there ever since.

The designated Special natural monument （Lagopus mutus japonicus）is also known to be the southernmost population of Ptarmigans in the Northern Hemisphere. 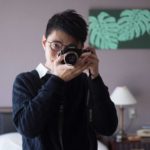 1986年香港うまれ、16歳からイギリス留学。インペリアル学院で院卒し、今は香港HKBUで遺伝子学を研究しつつ、3カ国語や理系・プログラミング・AI知識を生かして、日本関連の企業・法人・政府機関等にニッチな英日中通訳及びコンサルティングを提供しています。 今まで訪れた日本の都道府県は35、それらを香港中心に紹介しようと記者デビューを果たし、現在、朝日新聞系中国・台湾向けネットメディア『潮日本』などに執筆中。
一名研究生，香港人。本職Data Scientist/Bioinformatics。同時是中英日翻譯，為日本公司，企業，政府等提供翻譯及顧問服務，同時提供作爲Python Programmer的技術顧問。 赴日工作期間，誤打誤撞下認識一班愛好旅游的日本損友，一起借日本人的角度，探索日本鮮爲人知的一面，中文媒體【潮日本】，日本【ニッポン旅マガジン】間中會看到我的文章！
I am a Hong Kong based, Research student, Data scientist, Professional Japanese Interpreter and trilingual travel writer. Away from well known trails and crowded shrines, I travel off the beaten path to uncover hidden curiosities of this beautiful country... All these while I should be writing my Thesis at home...